Our team of PGA teaching professionals at Close House have over 50 years combined playing and coaching experience, bringing with them a wealth of golfing knowledge to help you perfect your game.

The coaches are all committed to “Continued Professional Development” keeping up to speed with all industry standards and regulations and working with the the latest technologies, including TrackMan launch monitor, Science and Motion (SAM) putt lab, GASP lab high speed video, Explanar and Toptracer, to enhance your game. Our team are also trained by all the leading golf club manufacturers so this performance insight, combined with a Custom Fit session is sure to be a recipe for success.

As one of only three PGA Golf Academies in Great Britain and ranked in the UKs top 100 golf courses, Close House provides the perfect environment for players of all ages and abilities to learn the game. 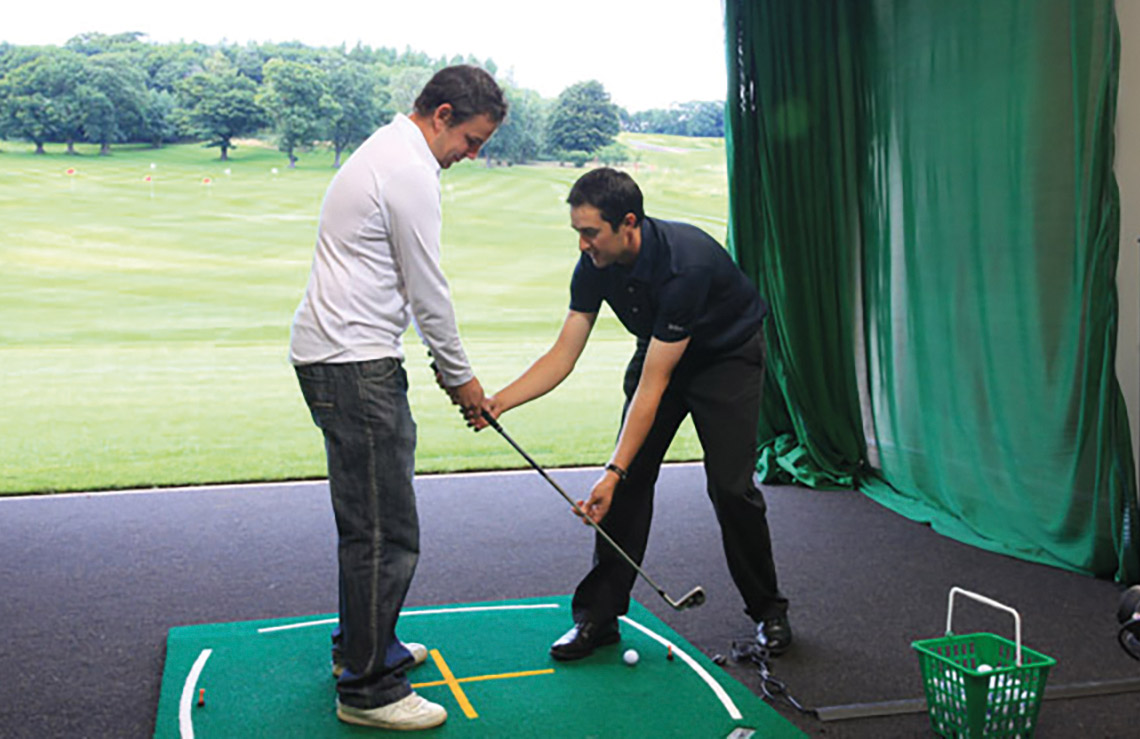 Whether you are a complete beginner or an experienced golfer, tuition can make a huge difference to your game, getting you started on the right foot or ironing out those frustrating imperfections. You can book a one-to-one performance lesson in our teaching suite, or a playing lesson out on one of our courses, that is tailored to your individual needs and ability. Or join one of our group tuition sessions to develop your skills and build your golfing network.

Individual lessons are available for golfers of all levels and ages and are structured to allow you to focus on your individual needs. Our PGA teaching professionals will assess your strengths and weaknesses using the latest technology in golf swing analysis, including GASP Lab video, TrackMan, SAM putt lab and Explanar, as well as on course assessment, with the aim of helping you achieve your goals.

Group tuition is also available at Close House. We have a thriving ladies golf community led by our PGA professional Sally Hinton, as well as regular junior and beginner sessions throughout the year led by PGA pros Tim Cockill and Will Robson. There is also the opportunity to arrange your own group golf sessions on request. 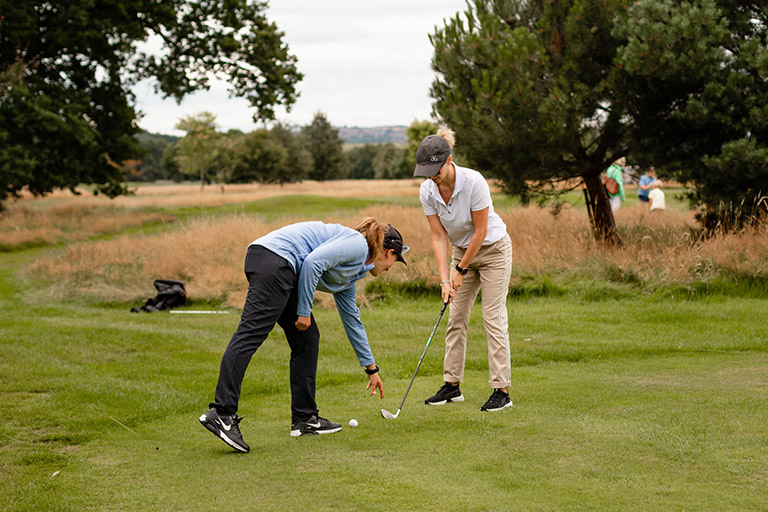 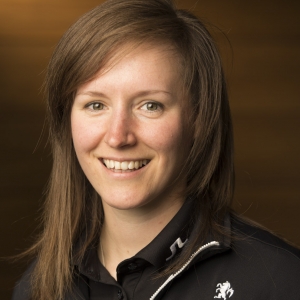 Sally Hinton joined Close House in 2010 as PGA Teaching Professional. Sally has a great passion for coaching and prides herself on treating everyone as an individual, avoiding the “one swing for all” approach. This holistic coaching method is suited to all standards of golfer.

As part of her role at Close House, Sally coaches the Northumberland County Girls and Ladies teams. She is passionate about getting more females into the game.

Sally believes a coach should never stop learning. She is committed to ‘Continued Professional Development’ which allows her to keep at the cutting edge of coaching. Sally is Level 1 certified in the Titleist Performance Institute. This unique qualification enables her to screen golfers for physical limitations, which will hinder their ability to get into positions they require. This will also help improve stability and mobility in the swing.

In 2018, Sally was awarded the prestigious “Advanced Professional Status” by the PGA. This is testament to the investment in her professional learning as well as her reputation as a leading regional coach.

Prior to joining the PGA, Sally attended Missouri State University for 4 years on a golf scholarship where she rewrote the record books. She was invited back in 2016 to be inducted into the Missouri State of Hall of Fame. As a junior Sally represented English Schools and English Girls Under 18s. 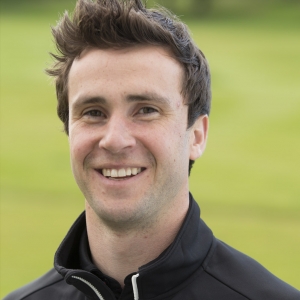 Tim analyses his client’s performance using statistics, FlightScope radar, high speed GASP video analysis and SAM PuttLab to make sure you achieve your goals. The variety of golfers Tim has taught over the years has convinced him that at any level of golf, there is no single ideal golf swing, impact and resulting ball flight are key!

Originally from York, Tim first moved to the North East on a golf scholarship at Northumbria University, obtaining a BSC Hons in Sport Management. Tim played in a title-winning University golf team which also competed in the British University Championships. Tim attends regular CPD courses, broadening his coaching knowledge and different techniques and enjoying learning from some notable tutors whilst developing his own philosophies of how to maximise an individual’s potential.

These experiences helped Tim to gain a comprehensive understanding of the golf business and advance him to where he currently is. During his career as a PGA Professional Tim has spent time at Slaley Hall and Rockliffe hall and has been a proud member of the Close House PGA coaching team since 2012. 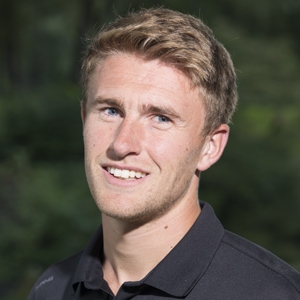 Will was born and raised just 30 minutes from Close House and grew up playing golf in the local area. He has been a member of the Close House team for four years now. Before joining Close House, he spent four years on a golf scholarship in the United States, at the University of Missouri Kansas City, where he competed against players like Brooks Koepka. Will represented the Northumberland senior team from the age of 16 up, until he turned pro in 2014. Will has a great knowledge of the golf swing and believes with hard work and commitment anyone is able to achieve their golfing goals, however big or small. 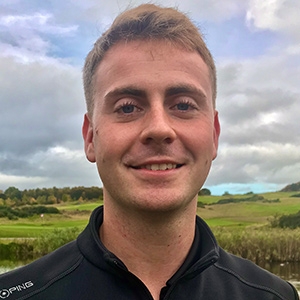 Craig is the newest member of our Academy golf pro team, qualifying as a PGA member in October 2020, via Birmingham University’s PGA training programme. He is a familiar face around the estate having begun his golfing journey right here at Close House. He joined as a junior member in 2007 and competed regularly with the Close House junior team, winning a double whammy in 2013 in the U21 Matchplay and Strokeplay county tournaments, eventually turned pro in 2016. Not satisfied with just playing, Craig has worked for Close House since 2014 holding various roles within the business, particularly in golf services, so really does have an insider’s view and can safely call Close House his second home. All this, alongside his obvious passion for golf and first-hand understanding of GASP/Flightscope performance analyse technology, will ensure he gets the very best out of his students as his coaching career takes off. 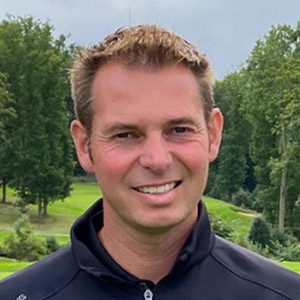 Joining the Close House team in August 2021, Simon has years of experience playing golf to the highest level, as a former European and World Boys Champion and representing England and Great Britain at a Junior and Senior level. He was recruited by the University of Houston to play for their golf team, after 4 years he returned home, turned pro and competed as a European Tour player, partnering some of the world’s best players. One of his proudest moments is winning on the PGA Challenge Tour in 2008.

Turning to coaching around 2011 he’s more recently held teaching roles at leading North East courses, enjoys developing junior golfers and has coached at the highest level, including at the Open championship in 2019.