Joining the Close House team in August 2021, Simon has years of experience playing golf to the highest level, as a former European and World Boys Champion and representing England and Great Britain at a Junior and Senior level. He was recruited by the University of Houston to play for their golf team, after 4 years he returned home, turned pro and competed as a European Tour player, partnering some of the world’s best players including Justin Rose, Nick Dougherty and Graeme McDowell. One of his proudest moments is winning on the PGA Challenge Tour in 2008.

Turning to coaching around 2011 he’s more recently held teaching roles at leading North East courses, enjoys developing junior golfers and has coached at the highest level, including at the Open championship in 2019.

What’s in the bag?

"I have a systematic approach to teaching, influenced by The Golfing Machine, Mac O’Grady’s and the Stack and Tilt system. I focus on the true fundamentals of golf contact, power and direction."

“My Titleist T100S irons are a great new addition to my bag. They go miles, are very forgiving, and I’ve played much better since I’ve started using them.”

“Seve Ballesteros, my first golfing memory is watching him win the Masters back in the early 80’s. I loved his energy and outstanding short game. He was so exciting to watch and never gave up.”

If you’d like to book a lesson with Simon please call 01661 85 22 55, email enquiries@closehouse.co.uk or complete our online Enquiry Form 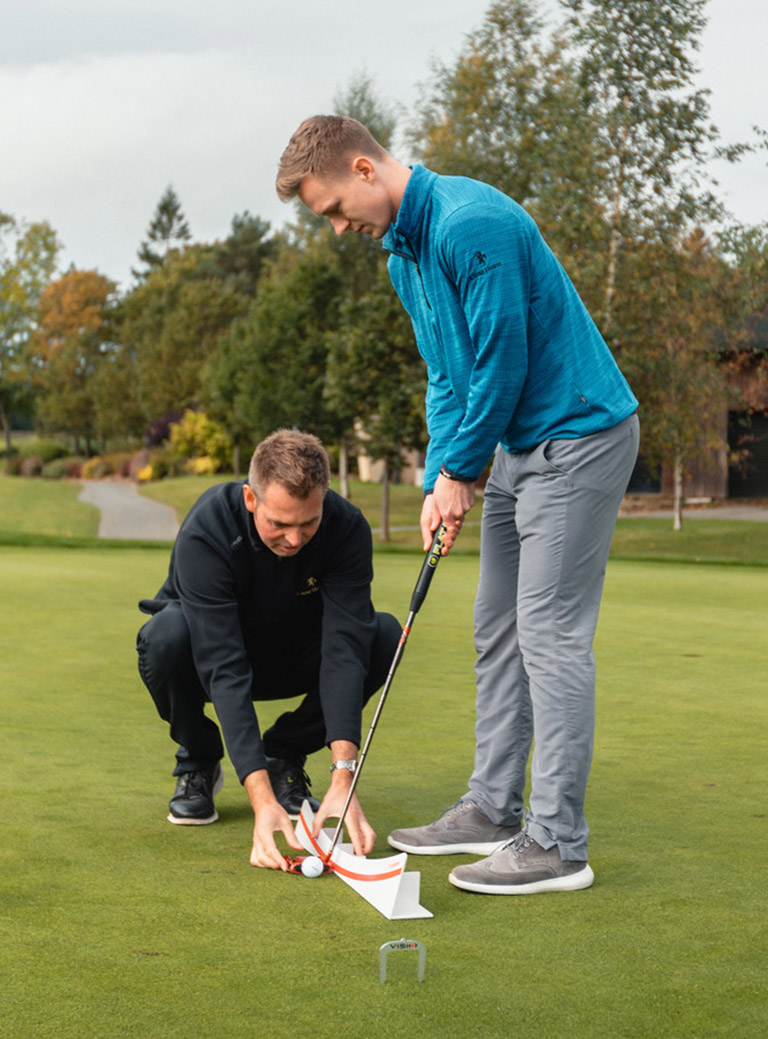